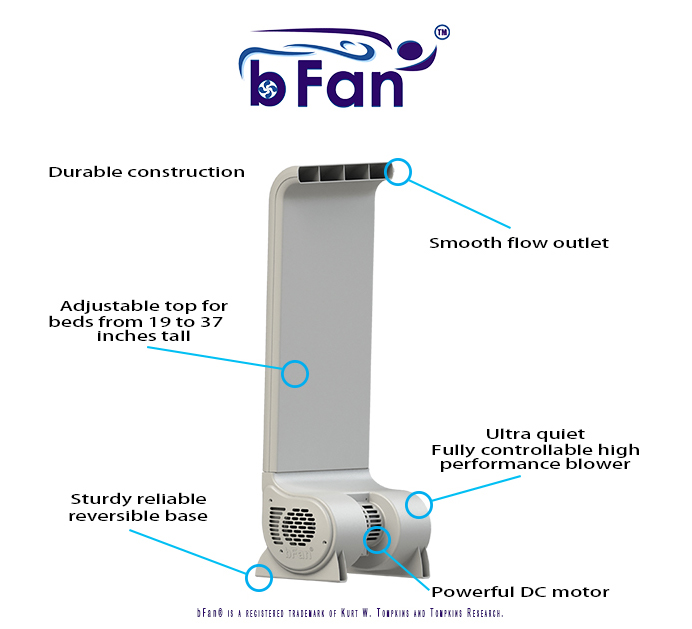 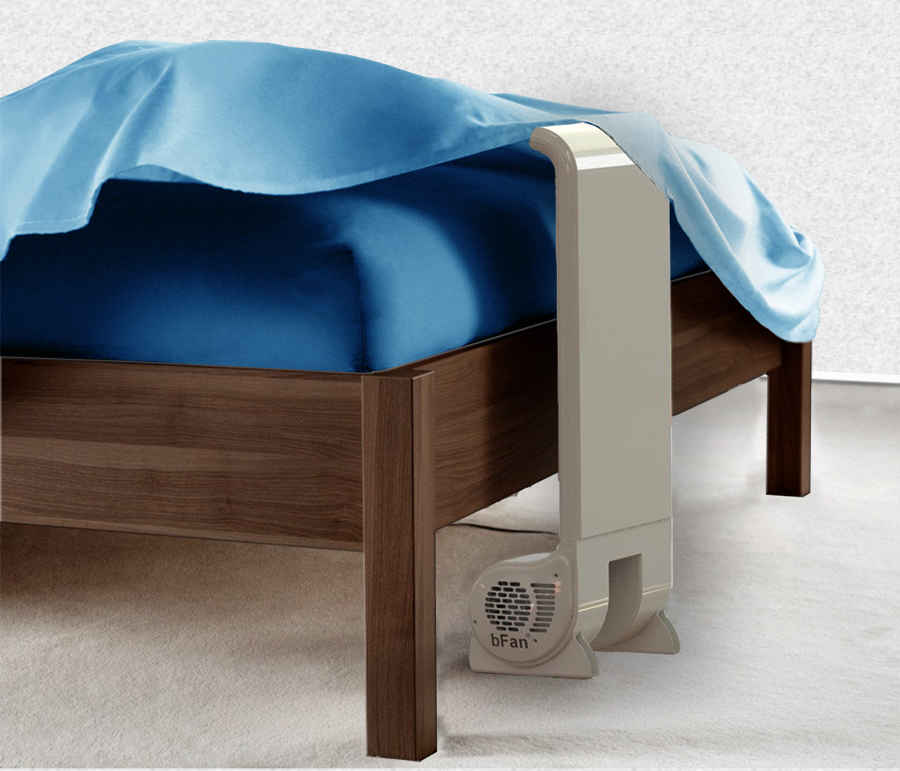 About 2003, we invented the very first Bedfan to become available to the market. It was highly successful and well received. We have been in many magazines, newspapers, television shows etc. The response has been awesome.

From this experience we were able to position ourselves to make the perfect Bedfan, the bFan®.

Over the last 14 years with have talked with many of our customers and listened to their ideas on what they would like to see in the next version of the Bedfan. We took those ideas and have implemented many of them into this new version that we call the bFan®.

These are the things that we have improved on:

• Made the fan much quieter and much stronger

The following video will show some of the improvements and how we have accomplished them.

The bFan® is intended to deliver the air between the top and bottom sheets of your bed so that it is in direct contact with your body.

One of the nice improvements to this new unit is that the base is extremely sturdy with a wide and deep footing as well as a lower center of gravity. This allows the user to place the fan anywhere they like and not worry about stability. See the following full video for installation instructions.

The bFan® is fully controllable from off to high and all points in between. When you first start using the bFan® you should start with the bFan® on low and gradually work your way up. At the same time you will raise the temperature in your room by a couple degrees each night. The objective is to bring the fan to about half of full power yet still feel cool. After a few nights of doing this you will reach a point of comfort that you have never felt before. This is equilibrium and from this point you can stop changing the thermostat and start sleeping deeper and sounder.

For the first night, set the fan on low and see if it is too cool in bed for you. If your bed is too cool, you need to raise the temperature in your room for the next night. Follow this pattern until you have reached about half power on the fan and you are no longer too cool.

By adjusting the thermostat in your house a few degrees at a time, along with adjusting the bFan® speed, you will eventually find that you are significantly reducing the amount of electricity being consumed thus lowering your electric bill at the same time.